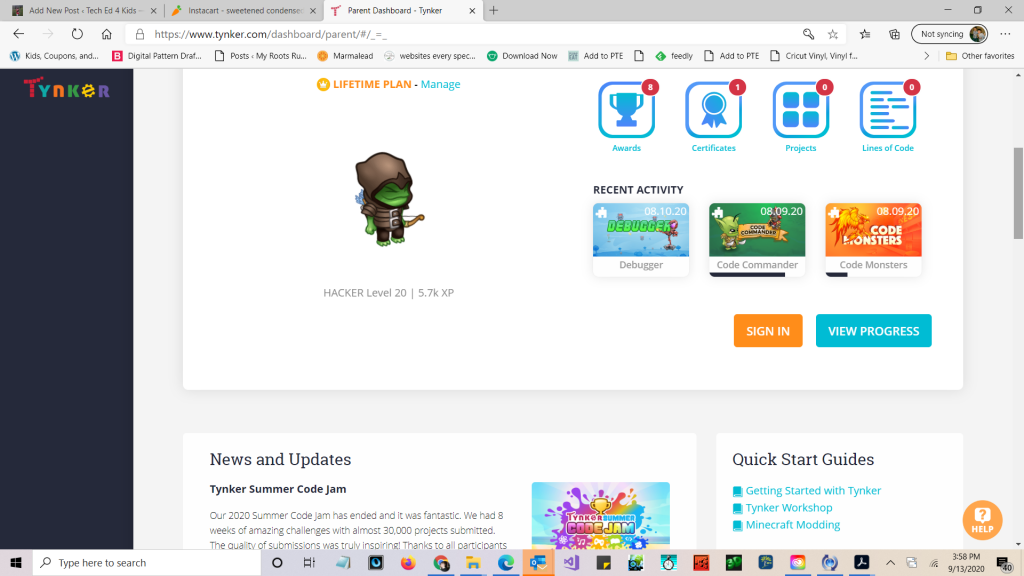 Debating what to study for homeschooling, one of our thoughts was ‘We need a language!’. We discussed every option of language we had some experience with and looked at what colleges are accepting. Interestingly enough some colleges now are taking programming languages in place of a foreign language. In the end, for our house we chose both foreign language (Spanish) and to look at computer coding. Personally I really like computer code, and to me it seems like it may help with employment in the future more than a foreign language…. but having both skills is a large benefit.

The younger kids learn another language the easier it is, and what we have been finding is that Spanish is not something that our son is going to pick up easily (and isn’t too willing either). Currently I’m working on slipping Spanish words into conversation as they fit and looking at labeling some things around the house to help make it a little easier to make the Spanish ‘common place’.

For programming my youngest enjoys Minecraft and we’ve found a few places that include programming mods for Minecraft. One of the first sites we decided to try was Tynker which included a lifetime subscription. The site also allows programming from the web or a tablet through an app. Besides Minecraft programming they include several other options, so it looked like a great place to start. We’ve slowly been working our way through, but from what we’ve seen so far it was worth the subscription we went with. We’ve since added another coding tutorial site also, but tynker was a great place to start. The site even starts with younger grades and looks like it would work starting with first or second grade.

Students love playing video games, what’s better than letting kids work on writing their own games to play. Coding teaches logic skills that help with future math and science (as well as some design thrown in).