Yes Vs. No: Positive Vs Negative 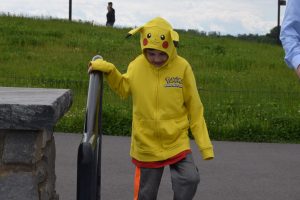 When I was in grade school, the school decided to have a team of dancers for the basketball games. Out of all the girls only two weren’t on that team, myself and my friend Iva.  Yep it bothered me.  But I wasn’t good at dance, I wasn’t coordinated, my parents would have been disturbed in their schedule, there were a million reasons I shouldn’t try out and be on the team.  I’m not even sure if it was a case of go and try out or if you signed up…. just that I wasn’t on it and everyone else was.

When I hear my husband talk about the thinks my son isn’t coordinated enough to do, he might get hurt, the other kids will make

fun of him…. What I think of is the flip side, what happens when you don’t try. There are so many opportunities out there for kids that aren’t coordinated to still do sports in a non-competitive environment…..  I recently read an article online talking about how positive reinforcement doesn’t work in the long run.  I can honestly say that what happens when you focus on punishment instead is kids remember, and I don’t mean that in a good way. I remember teachers making me stand in the hall for blowing my nose too loudly in class, making the other kids laugh at me.  Calling attention to me for having allergies – years later when my high school offered a trip to Hawaii and I got to go…that grade school teacher was a chaperone.  You can bet it put a blight on the trip.  Even now the group pictures are ruined having that teacher in them.

Good teachers know when it’s right to use the carrot and when it’s right to use the stick….You can’t just use the stick.  You also can’t stop kids from participating out of fear that they will fail.  I went on  to take jazz dance my senior year in high school… yep, me and a bunch of younger kids, but I did it. I had to wait until I was old enough to drive myself in, but I was able to…

How does this tie in to Tech Ed?  Kids today aren’t different, they just have different interests.  Noses buried in phones or computers, doesn’t mean that’s a bad thing, it just means that you have to find an activity with a theme that they like.  Minecraft programming, Minecraft geometry, Pokémon Math, make your own video games … even American Ninja Warrior style games – all get kids interested.

Recently we had a child over that was in everything in our house.  He touched everything my son had, opened our cabinets, dumped our piggy bank…. So what did we do?  We decided to make shrinky dinks.  It took about half an hour, but it was fun and we all learned something.  I actually have a pile of ‘to do’ activities for when we really need something to do.  Everything from make your own snow to make a terrarium.

One of my big fears is that my youngest will be disciplined for something just because the teacher doesn’t understand the way he thinks.  Especially when I hear stories about kids locked in duffel bags or put in rooms and forgotten.  I’ve been there when my son has walked in a classroom and announced that the decorations look stupid – because they have clowns and the circus and he didn’t like them, or him refusing to enter a room because the sound was too loud for him and was painful.  Not wanting to participate in activities because either the items were touching, things were messy, or it involved getting wet and he doesn’t like doing that.  He has him own idea of color, order, and clean and operates on his own logic.

So what do you think, can positive reinforcement work?  Especially with teens?