Traveling during School: Pull out of school? 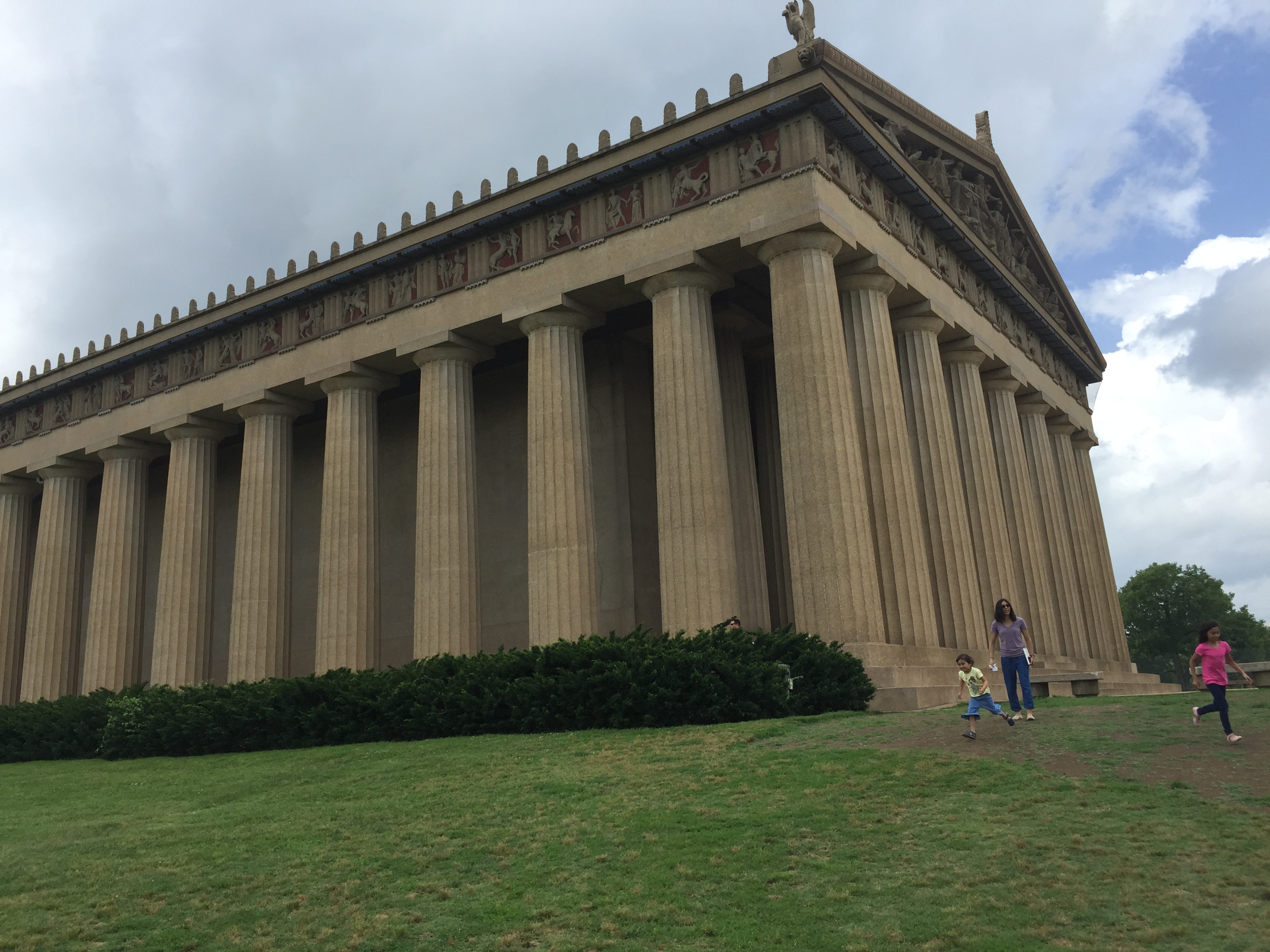 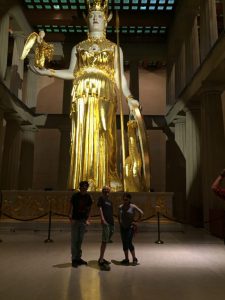 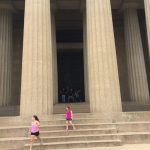 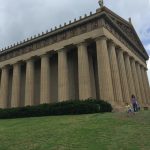 We travel for conferences off and on and have always enjoyed taking our boys.  We always try to include lots of educational activities, but we also have included fun too!  My favorite is to look for what museums are in the area and any sites that tie into historical events that we remember.  Then I ask anyone we know that is in the area.  We seem to have friends in most areas…..  Announcing a pending trip (with no dates for safety) on social media can sometimes get some great suggestions. – Weigh the safety of letting people know when your house will be empty and check your privacy settings if you go this route.

Our school requires a form that tells where we are going, the educational benefit, and when.  It then goes on to the school board to approve, but counts as days attended.

Our latest trip included the Parthenon in Nashville!  The Parthenon is a recreation of the actual Parthenon in Greece and holds an art museum.  It was built for a fair a few years after the end of the Civil War.  One room includes maps of the original fairground and some of the pamphlets.  All the additional buildings were built to only last 6 months. There were also rides – you can still see the lakes that went along with the water rides.  The area around the Parthenon is now a park and seems to always have people and activities going on around.

The downstairs during our latest trip included an exhibit of mixed media art centered around Grimms Fairy Tales.  For my youngest, it wasn’t as interesting as it would have been when he gets to be older, but we did have a discussion about some of the fairy tales.  The fishmonger’s wife that is shown carrying a magic fish, Cinderella, and more!  The upper floor includes a huge statue of Athena.  The older kids had to take a picture with the statue.  For the older kids, this was a great chance to look up and compare with the original Parthenon in Greece.  The art exhibit of fairy tales was a good chance to discuss some of the fairy tales with my little one.

We also used the visit to the Parthenon as a chance to discuss Greek Mythology.

Things to study tied in with the Parthenon:

Nashville does have several other educational places to visit, including several centered around the history of country music and the music recording business.   We’ve visited everything from the Adventure Science Center to the Zoo also.

Nashville for us is a day trip in many cases, but taking a day off school to explore a museum or go with us to a conference and explore the nearby sites is a great chance to expand on the school’s curriculum.  If we were homeschooling, we would spend even more time exploring sites!