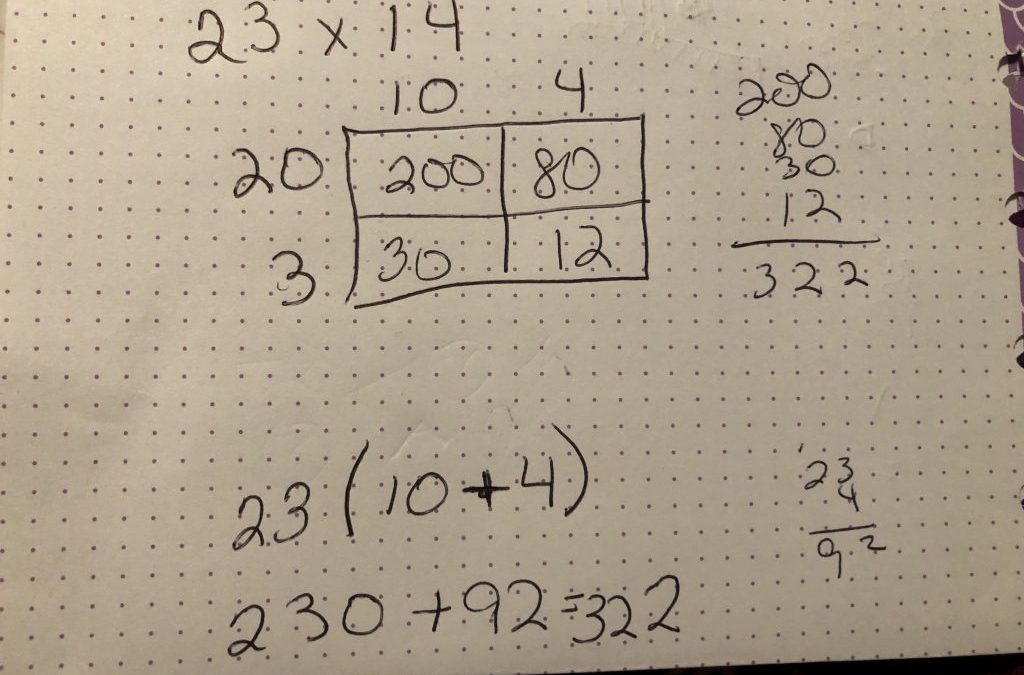 It seems like almost everyday I hear a complaint about common core. Maybe I’m just more sensitive and notice it more at the moment, but the complaints are definitely there. All the complaints seem aimed at math specifically.

The reason given for common core is to make things easier for high schoolers by developing number sense early. The main reason I’ve always tried to tell students is that it’s giving you a lot more ways to solve problems and it’s taking steps that you normally would take and putting them in step by step directions. Another author I was reading mentioned that new moms are given information early on the importance of literacy, but math and numbers? I remember with my first asking him how many crackers he wanted at 18 months old as he would ask for a snack. Then I would count them out. If he wanted more he told me how many. He quickly developed a basic concept of counting from 1 to 20. We used math in other parts of our life, but that was something easy that I started with.

Many people use some of the basics of common core while doing basic math, they just don’t use the words common core to describe it. Common Core really just means it’s a common standard so that everyone is learning the same things at the same time. So if you move from one area to another you should have received the same base and be ready to go from where you are. When you think of adding 12 + 18 ; we can make that 12 into 10 and 2 and we make the 18 into 10 and 8, We really get (10 + 10 + 8+2 ) For some people that’s easier. I had never really noticed it in quite so bright of focus until my husband mentioned distributive process. As I realized I’ve been doing this all along, it became easier to start to make sense of other parts of the standards. The standards do start by focusing on tens, because most people are more comfortable with tens, count by 10 vs count by 7 which can you do quicker.

There is a lot of trying to get students to estimate in common core; which I admit isn’t my favorite and I can see where it’s being taught in a confusing way. Instead of showing a jar of marbles with estimate how many marbles, questions have estimate the number 842. Well of course a literal child is going to estimate 842 as 842. They know the number already. If you told me how many marbles in the jar, I’d estimate it correctly too.

My son also lost points for giving the correct answer when asked to estimate. I do have a hard time with losing points on homework for a correct answer simply because the question said estimate. If given the numbers for the calculation it’s hard for some to not come up with the actual answer for a child that loves everything to be literal.