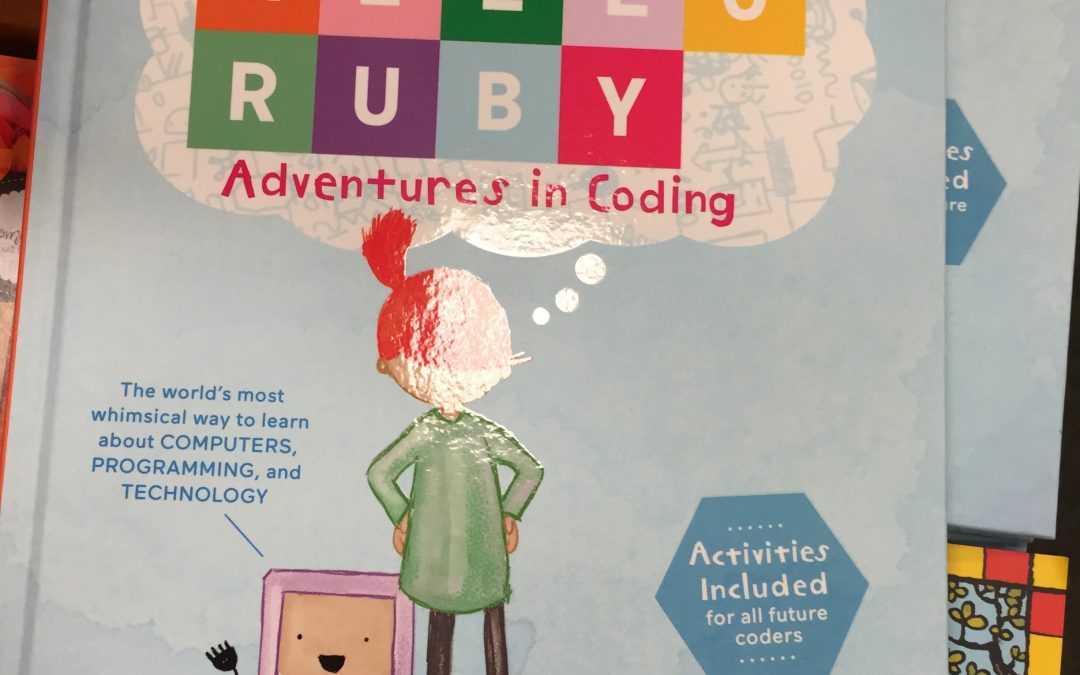 Linda Liukas, author of Hello Ruby, is a programmer, storyteller, and illustrator from Helsinki, Finland. She is a central figure in the world of programming who worked on edutech before it was even called that. Linda is the founder of Rails Girls, a global phenomenon teaching the basics of programming to young women all over the world. She has studied in business, design, and engineering at Aalto University and product engineering at Stanford University. She was selected as the 2013 Ruby Hero (the most notable prize within the Ruby programming community) and she’s the Digital Champion of Finland, appointed by EU commissioner Neelie Kroes.

With the release of the movie Hidden Figures, a little more focus has been on the women in programming.  I just received a message that the University of Illinois has received an award for increasing the number of women in engineering over the last few years!  Yeah! I still remember one of my programming classes in college, taught in the math department.  Five people in the class (Pascal), and I was the only women.  Another class was a full classroom (Fortan), I always sat near the front and it wasn’t until the professor mentioned it, that I realized I was the only women.  Most of my classes were like that.

It’s hard to imagine that most of the original computer programmers at places like NASA were women.  It was considered a women’s job since typing was involved.  It wasn’t until later that it became a man’s field.  Interestingly enough one of the things that U of I mentioned was their changed in recruiting and removing gender bias.  My husband and I had a discussion about how bias is included…  It’s interesting that it’s so ingrained that we don’t even realize it’s there… Like the fact that women are usually called girls whereas boys are called men.

I loved the movie Hidden Figures!  I really loved the statement where the black women computer was asked if she would want to be an engineer if she was a man and she replied, No, she would BE an engineer.  The sad thing was that it was true. The movie showed the battles that not only women faced, but also blacks.  If we don’t remember history, we are bound to repeat it.  If you haven’t seen the movie, it is definitely worth watching!  I’ve seen it twice so far!

Women (and Girls) should be able to be anything they want to – whether it’s a computer programmer, a scientist, or a pageant queen…or even a pageant queen that is a nuclear scientist.  We have famous actresses that hold degrees in STEM that are setting wonderful examples. Look at Mayim Bialik from The Big Bang Theory that holds a PhD in NeuroScience and Danica McKellar from the Wonder Years that has a degree in Mathematics – including a theorem named after her!  And McKellar has some Kick Butt math books that she has written!

Hello Ruby is a book that works through some adventures on learning creative thinking.  It isn’t really a book on how to program – there is a workbook though.  It will work through the concept of programming, not programming itself.  I was originally a little confused by the fact that Ruby is actually a computer language also.  Ruby is actually a free language, downloadable.  Ruby the language isn’t really a beginner language in my opinion though.

In this book, Ruby is a girl that is followed through the book as she solves puzzles. The book works through the puzzle solving process.  There are activities and exercises.  I do recommend this book – but not if you are wanting a book to be a tutorial to walk you through programming.

Meet Ruby a small girl with a huge imagination, and the determination to solve any puzzle. As Ruby stomps around her world making new friends, including the Wise Snow Leopard, the Friendly Foxes, and the Messy Robots, kids will be introduced to the fundamentals of computational thinking, like how to break big problems into small ones, create step-by-step plans, look for patterns and think outside the box through storytelling. Then, these basic concepts at the core of coding and programming will be reinforced through fun playful exercises and activities that encourage exploration and creativity.

In Ruby’s world anything is possible if you put your mind to it.

A sequel about the inside of the computer is coming out!  Also check out Ada Twist Scientist! 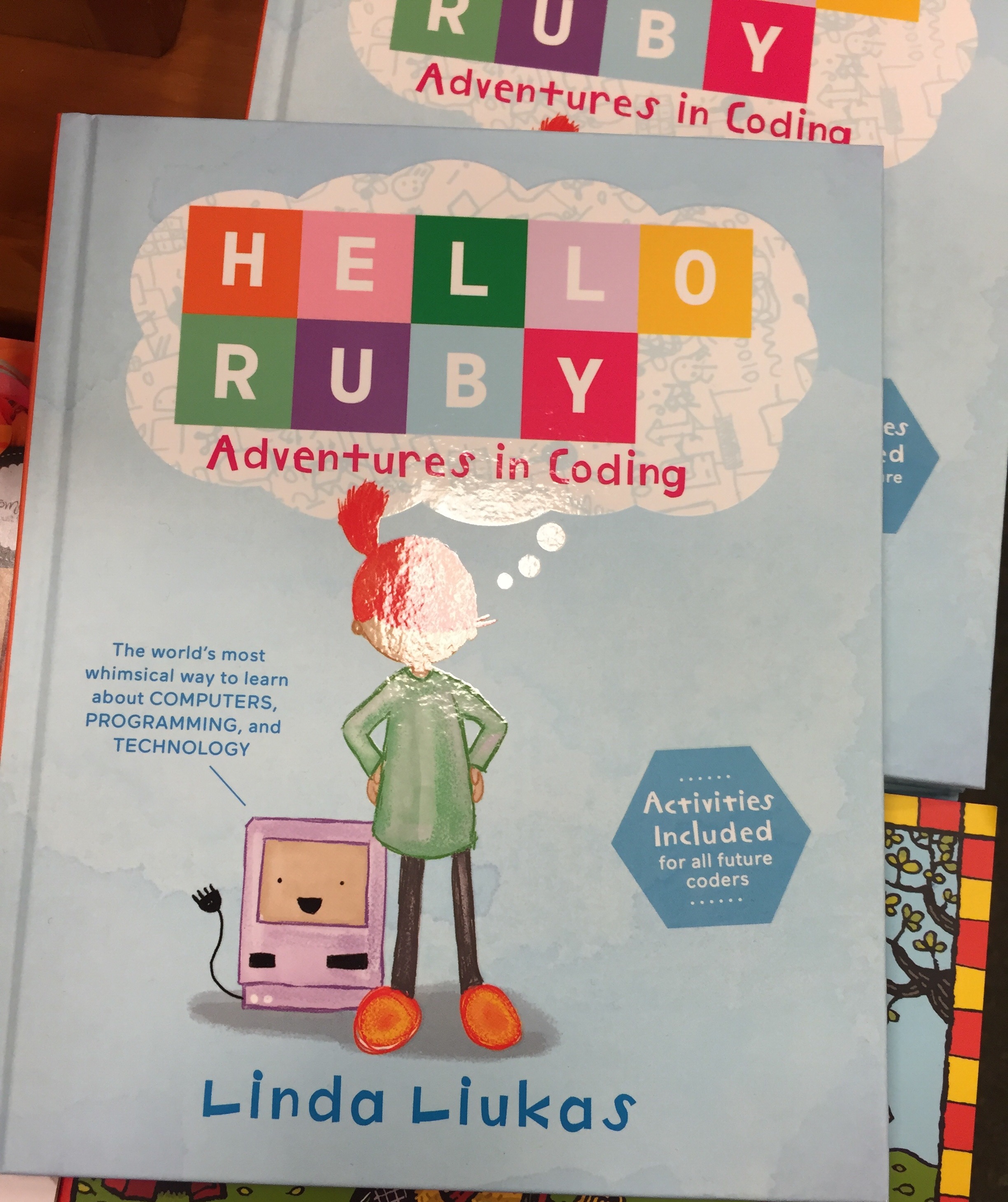