CodaKid (More Coding) or you can learn and have fun too! 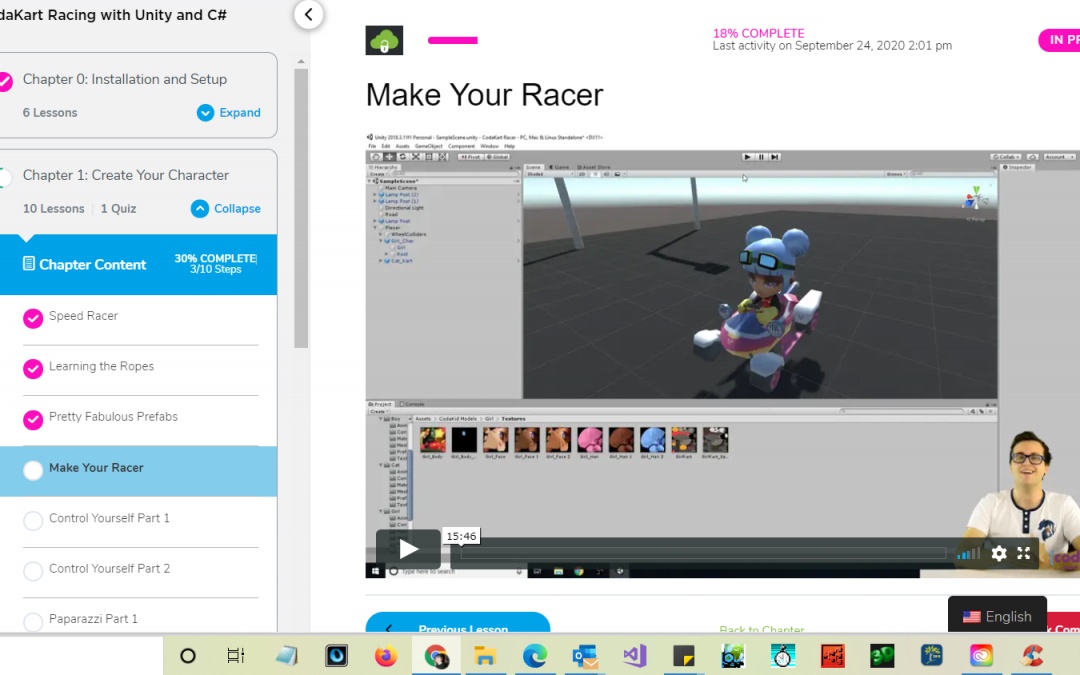 There are so many ways to make learning fun. One of the things we’ve tied in is CodaKid (besides Tynker). On a side note though, last night we were watching the new Netflix documentary on the Social Dilemma. A documentary-drama hybrid that explores the human impact of social networking, with tech experts sounding the alarm on their own creations and calling it dangerous. I don’t know how many of you have noticed the posts by people saying their kids can’t sit in front of the computer all day for school. Kids in tears because school has gone remote and is all online. I have to admit I’m confused by the contradiction saying that we can’t get our kid’s off technology because they are addicted …. but wait they can’t be expected to use the computer for a few hours each day for remote learning, they can’t handle it….

Codakid has several cool classes on coding. My youngest is currently sticking with the Minecraft with Java, but I’ve pulled up the Cart Racing with Unity and he’s been working through it with me at the same time. There are so many things that can be tied into coding! Math, reading, and it even can count as a foreign language. There are clubs that get together for coding and competitions. Scholarships that can be applied for that link in, and that’s not even counting the logic skills that are acquired. There are so many ties with coding to additional topics:

There are so many ties with coding to additional topics:

I’m not an expert at curriculum development, but the more we homeschool, the more I see overlap between subjects allowing learning to happen throughout the day, no matter what we are doing! I have to admit that I enjoyed CodaKid as much as my youngest seems to. The only complaint that I’ve heard so far was that on the Java and Minecraft class, was that it’s moving a little too slowly and he would like to get to coding faster. The set up stage of the lessons is very detailed and walks through every step. In the class that I was using with my youngest I have to admit I tended to skip portions where I could guess what was going to happen and just ‘do it’ and then come back in after. I’ve used several of the tools already though and have installed development software many times before. It seemed to work for me, but for my youngest who felt that he had to watch everything and go step by step…. that portion was a little boring and led to a hiatus.

Students can also take those skills as they enter college and use them to either volunteer or better yet, find a paying job to help work after they have finished. There are even sites dedicated to small coding and design jobs like fiverr and frelancer. My own first paid job in college was writing an inventory system on the Commodore 64 for a small business to just keep track of their products. This was back in the time of floppy disks (5 1/4″) and the DOS operating system and WINDOWS weren’t even a thing I’d used yet.