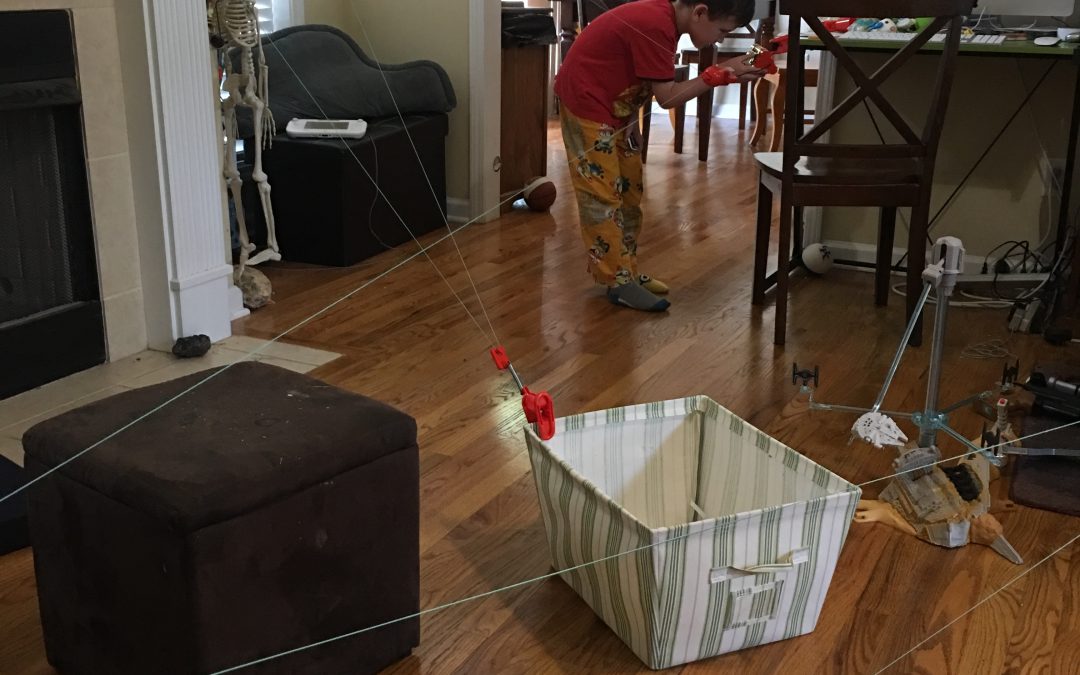 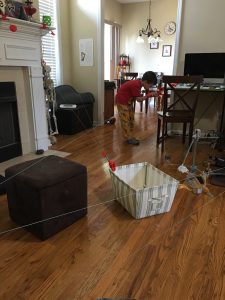 For the holidays my little one wanted a game advertised on TV, Chronos Bomb. I haven’t seen it advertised since, but the commercial made it look like fun.  The game includes a timer built in, with gyros….  The gyro is attached to wires on clamped that are attached to furniture or other ledges throughout the room. We also tried outside and put it on part of our swing set.

The game included several clamps, a roll that will wind the wire back and the timer that will go off if time runs out or a wire is touched.

We found that the wires weren’t really that long.  It did get my youngest moving and active, but the cables weren’t long enough to have a large maze to play with.  My little one did enjoy playing with the game and we enjoyed setting it up.  We were able to set it up with a new configuration every time!  We have quit playing it recently though, but that tends to happen with lots of our games.  The wires are too short for the bigger boys to play with.  I can rate this fairly high for getting kids off the couch and giving us a few days of active play, but it didn’t hold my son’s attention.  We do still have it, and may pull it out again when the weather gets warm.  I would recommend it for families with several small children and a location with several ledges near each other that can be used to set up a maze.