Kids are natural scientists in their own right. And when you’re homeschooling, the world is your canvas when it comes to teaching science, as opposed to imparting mere bookish scientific facts and knowledge in a classroom setting. You have the freedom to demonstrate what freezing and melting actually mean by showing them physical blocks of ice; you can fly a kite to teach them the dynamics of the wind; you can observe a puddle over the course of several days to observe how evaporation occurs; what’s more, there’s a never-ending array of simple science experiments which can be carried out at home to demonstrate various scientific phenomena.

Here are three enjoyable yet educative science experiments that are ideal to be conducted indoors with your kids on a rainy day.

Remember this nursery rhyme? While you’re listening to the rhythm of the falling rain outside, here’s a simple condensation experiment perfect to learn about how raindrops form from water vapor in the clouds above. 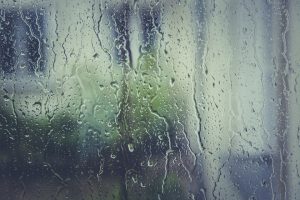 The warm air inside the jar contains moisture. The plate kept on the top of the jar becomes cold when ice cubes are placed on it leading to condensation – the conversion of a vapor or gas to a liquid – and water droplets are formed. The same process on a larger scale happens in the earth’s atmosphere when it rains – warm air laden with moisture rises up, comes into contact with the colder air already present there and condensation occurs, leading to precipitation with falling raindrops.

Happiness is… a slice of pizza

There’s no better feeling in the world than a warm pizza box on your lap.

More so when it’s raining outside and you just need to bite into something warm and cheesy. What about whipping up a homemade pizza on the occasion (loaded with as ma

ny dollops of cheese as you want) and learning about the science behind how pizza dough is formed in the process?

Yeast is actually a type of fungus – a living organism – which needs air to breathe and eventually energy to sustain itself (what we call respiration in living things). As a result of this respiration, carbon dioxide is produced as a by-product which leads the pizza dough to rise up and increase in size.

You can’t eat without ketchup!

Now this is something that needs no introduction. You need it with your burger, fries, hot dog and most of all, with pizza. Here’s a fun science experiment that has everything to do with ketchup.

Density – defined in simple terms as the amount of mass an object has works like this: If an object weighs more than an equal volume of water, it is denser and it will sink. How 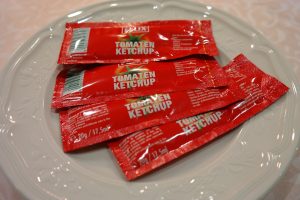 ever if it weighs less than an equal volume of water, it is less dense and it will float. A bubble floats on water since the air trapped inside it as well as the bubble itself is very light (and less dense than the water). Think of the ketchup sachet as having a little bubble (of air) inside it. When the sachet floats on water, it’s like a bubble floating on water. When we add salt to the water, we change the density of water (make it more dense than before), hence enabling the ketchup sachet to float easily on it rather than sink. When the bottle is squeezed, the ketchup sachet experiences pressure on it, leading to the bubble inside it to get smaller (more dense than the water around it) and hence it sinks. When the same pressure on the bottle is released, the bubble expands, the ketchup sachet becomes less dense and floats back up to the surface of water. It is all a play of density and buoyancy (the tendency of something to float in a liquid).

Any more exciting science experiment ideas to add to the rainy day list?

Corinne Jacob is a wannabe writer who is convinced that kids learn best when they’re having fun. She is constantly on the lookout for new and exciting ways to make learning an enjoyable experience. Corinne loves all things that scream out un-schooling, alternative education and holistic learning.