Digital Toys to Check Out for the Holidays – Top 5 Gifts for Kids! 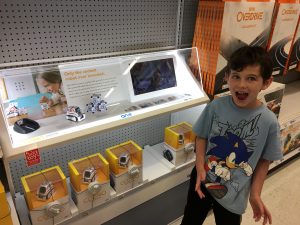 My biggest pet peeve with holiday gifts has to do with toys that are only played with a few minutes and then get set to the side.  I love the toys that get played with over and over again.

Here are some of my favorites:

It’s always great in our house when we can combine learning and fun, so most of these overlap and are active toys in one way or another.  They may contain affiliate links.  We have all of them at our house for my son except for the Kindle for Kids – (We have Kindles but not the one for kids.)